The main aim of the SHE Teams is to provide safety and Security to women who are at home and working in different professions that were hitherto male bastions. Women should be able to go out with confidence, dignity and with their self respect intact. No college going student or woman should suffer disrespect through vulgar comments made by offenders or feel humiliated, belittled or scared by obscene gestures, language or misbehaviour.

SHE Teams seeks to instil confidence in women to stand up and speak out against offenders so that their safety is not compromised upon.


Another important objective is to act as a deterrent to the occurrence of more serious crimes by nipping the problem in the bud. For example if an offence committed under section 509 IPC (word act or gesture intended to insult the modesty of a woman)is not curbed it could embolden the offender to take on a more serious offence under section 354IPC (assault or criminal force on a woman with the intent to outrage her modesty) . This could further lead to an offence under section 376 (rape).


SHE teams also aims to correct misguided youth and make them aware of the consequences of teasing women which may seem heroic to them. Once there is a change among these youth they help the She teams by spreading awareness about the need to respect women as fellow members of the society and not look at them as objects of pleasure or ridicule. 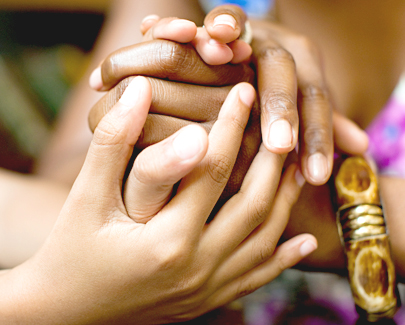 Fear of repercussions and lack of confidence about timely intervention prevent many women from lodging complaints against offenders.

With the advent of SHE teams the confidence of help on hand, timely action and punishment of offenders has gone up and women can step out with confidence.

Cases are booked depending on the nature and gravity of the offence and victims are encouraged to give written complaints something that was not seen earlier.

First time offenders are booked under petty cases like Sec 290 IPC and Sec 70 (c) of the Hyderabad city police act. These cases are booked when a woman is unwilling to give a written complaint.

A repeat offender or a case where there is a written complaint by the victim can be booked under cognizable sections of the IPC. This includes the Criminal Law Amendment Act, 2013 (Nirbhara Act)